Participatory design and evolution of the prototype visualizations

To facilitate social and other actions based on data from the Participatory Tracking Survey, the visualizations would need to be intuitive. The women who participated in the survey, dictated the direction of the visualizations, which was a crucial design decision.

Using our design prototypes, we planned a field visit so we could rapidly create new visualizations with the women in Tamil Nadu. All versions of the prototype visualizations were tested and refined using an iterative and participatory learning process, with a representative sample of women covered by the PVP project. These women typically came from poor households (Identified through a participatory identification process in 2009, before the project started its operations), had differing levels of education (typically varying from high school to no education), and they came from tribal and non-tribal populations.

We used a two-phase testing process. First, 180 women in 4 (pilot and non-pilot) villages participated in the prototype testing process. Second, a set of visualizations that incorporated this feedback was tested again with 200 women from 6 villages that were spread across 4 districts to get more diverse user feedback. This testing process helped us create and modify existing visualizations to meet user needs. During both phases the women were very specific about what the changes should be. For example, to represent a woman’s mobility outside the home, they suggested she be depicted carrying a handbag as it symbolized to them that she would be going to work or a market or a bank.

Discussions of the prototype centered on listening to the women about what they thought different visualizations represented. R.V. Shajeevana, the Additional Project Director of the Pudhu Vaazhvu Project (PVP) at the time, facilitated and led these discussions. Neither the concept of the color spectrums or particular visualization icons were explicitly explained (bar charts were an exception, that took some basic explanation). Instead, the women were asked to think back to the questionnaire and guess what they thought the different icons represented and how they felt when they saw the color spectrum (they responded that duller implied “not good” and brighter implied “good”). When they had difficulty identifying a particular icon, we sought their feedback on how it could be made more easily identifiable. The women were then asked to reflect on whether and how both these visualization icons and concepts could be made more intuitive to them and their peers. For example, a point of feedback was that the “good” part of color spectrum which was originally in shades of red, be changed to shades of green as this was the color associated with good harvests and prosperity.

Our facilitator’s experience and expertise in leading participatory processes of learning ensured that process was inclusive. Women who would normally be less forthcoming in the context of a group conversation provided their feedback either directly towards the latter part of the discussion, or in smaller groups with similar women who in turn presented this feedback back to the full group.

The process suggested an exciting win for participatory design as the number of changes received in the second round of testing was significantly less than the first. The second test phase also had a facilitator, who provided an overview of the participatory tracking process before eliciting the women’s reactions to the visualizations.

Here are how the visualizations evolved with this iterative process of conversation, reflection, and feedback:

Each woman in the village is represented as a flower. The height of the flower is the age at which the woman got married. The number of leaves is the number of children resulting from the marriage. In the final version, the red color of the flower indicated that the woman had married a blood relative, and yellow meant that she did not. A flower bud meant that the marriage was not consensual, and a bloomed flower was consensual. The mappings between the flower’s appearance and meaning were tweaked by the women to make them more relevant to their local contexts, and therefore more intuitive.

The field of flowers represents the village. Would there be any visible relationships, perhaps between the buds and red flowers? We hoped that mapping this data into the domain of flowers would make it easier to talk about.

Women from tribal villages immediately disregarded the high proportion of red flowers they saw, as marriage within families is accepted and widely practiced due to the remote locations in which these communities reside. However, communities in other districts and plain areas wanted to increase the ratio of red flowers to yellow flowers by educating future generations of women about the problems related to inter-family marriage.

One happy accident was that the women asked to have the flowers ordered along an axis rather than scattered in a field. Once we applied the ordering, we realized that we had created a high dimensional incarnation of Tukey’s stem-and-leaf plot! And coincidentally, it had stems and leaves!

Another one of our visualizations is similar in concept to the flower visualization in that it is also uses small multiples to map high dimensional data into a 2 dimensional space. Here, the small multiple shows each family in the village, represented as an asset box. The box represents the change in assets over time. A red square around the asset indicates that the asset was lost in the last five years, whereas a green square indicates it was gained. At a glance, you can readily see how well the village was doing by whether there were more red or green squares.

This visualization evolved from an interactive visualization that didn’t have colors to show the difference but required clicking between two states: now and then. The original idea was poor because only one person is in control of the visualization. It also imposed a higher cognitive load to the viewer by requiring people to mentally compute the difference — this visualization was improved by feedback from Geza Kovacs (geza@cs.stanford.edu) who suggested finding a representation of the data that showed all the information at once.

This was a literal translation of multidimensional data about food onto a representation of a plate. Frequently consumed food items are represented larger on the plate, and infrequently consumed items are smaller. An empty plate was used to denote that the person did not have enough to eat.

The art had to be localized to match the region.  The plate was changed to a banana leaf. The vegetable, meat, and fruit were changed to local versions of food most easily identifiable.

This visualization was used for several questions about which member in a family holds decision-making power regarding inter-household issues, for example:

Who makes important decisions regarding loans and assets in the family?
a. Self
b. Husband
c. Family members
d. Both

The visualization was inspired by the Self-Assessment Manikin (SAM), a pictorial scale used in psychology studies for subjects to numerically score their emotions. We borrowed the idea that the size of a face could be used to reflect dominance, with more dominant parties being represented as larger. However, using the size of a face as an infographic to represent the number of respondents who answer in a specific category causes problems as faces cover a certain area and viewers may be unclear as to whether the data has been mapped to the length of the face or the area of the face. Tufte, (1983) criticizes visualizations like this as data distortion.

In order to mitigate this problem, our initial prototypes used a flat face that was one dimensional, however this was not well received by the women as they found the flatness disconcerting and the appearance of the woman unrepresentative. Our next iteration used lines beneath regular faces to convey data with less distortion.

We were not able to find unique visualizations for all groups of data. For some data groupings, we used histograms. We tried to make these histograms abide by our design principles. In addition to the standard histogram bars, the histograms used images (redundancy) and colors (redundancy) to communicate the data. This allowed the images to be understood within the a quick and similar time frame.

The first visualization that users see is a summary image of all the visualizations described earlier in what we call a village scene. Each of the earlier visualizations is represented by an icon that is green if it is healthy or grey if it is not.

The women designed the icons seen in the village scene through an iterative design process that served to better contextualize each icon. A local artist drew each of the icons.

Each of these images went through small modifications after being shown to different villages. For instance, the toilet was converted from a western toilet to a toilet commonly found in Theni to make it more identifiable. The banana tree initially had rice on it, but a village asked to remove it since it made the tree look diseased.

The village scene is used to get a summary of the village at a glance.

All of the earlier visualizations are bundled into an interactive website that renders data for individual villages. A toolbar allows viewers to compare their village with any other village.

The women wanted to compare with neighboring villages that they felt were similar to their own. The women rejected the idea of district and other higher-level comparisons as they felt that there would be too many different types of villages behind the aggregated data – and that it would therefore not be a useful benchmark. One village using the comparison tool, assumed that they were much better off than a neighboring village. When they found out that the neighboring village had a greener indicator for sanitation, it made them want to look at more indicators from the other village.

By using feedback from the community, we developed tailor-made visualizations that depicted the data using pictures and colors recognized by them thereby giving the SHG members a chance to discern what the data meant for their community.

Our next article covers how we used our data and visualizations and implemented our data feedback experiment. 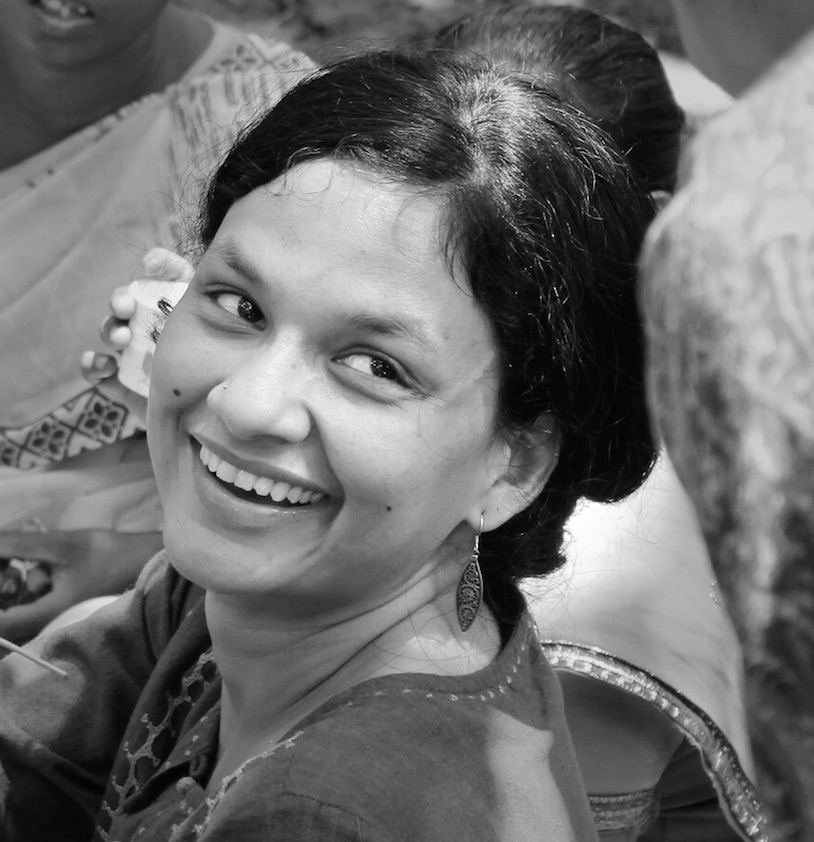 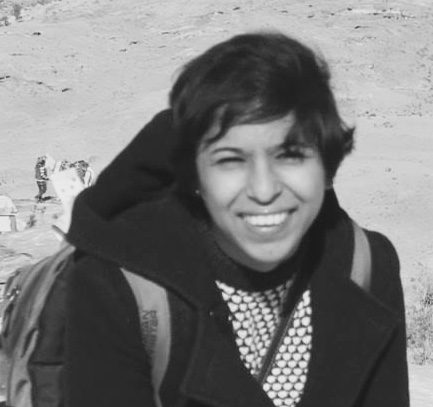 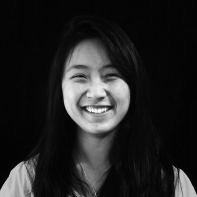