This paper analyzes four years of qualitative data observing a large participatory anti-poverty project in India as it scales up from its first phase (covering 400,000 households) to its second (covering 800,000 households). Focusing on the frontlines of change—at the village level, the analysis finds that the key difference between implementation in the two phases of the project was that facilitators in the first phase deployed a discourse that was carefully “co-produced” with its beneficiaries. Through careful groundwork and creative improvisation, facilitators incorporated the interests of multiple stakeholders on the ground while bringing beneficiaries into the project. However, as the project scaled up, participants were mobilized quickly with a homogenous and fixed script that lacked the kind of improvisation that characterized the first phase, and which failed to include diverse stakeholder interests, objectives, and voices. These differences significantly reduced the intensity of participation and its concomitant social impacts. The study finds that the work of facilitators was embedded in a larger shift in organizational priorities within the project, which in turn was responding to a shift in the political climate. 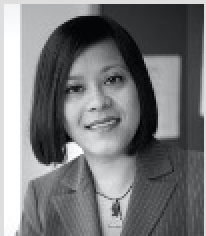 Does micro-credit via SHGs reduce the hold of moneylenders?

Evidence from a randomized trial in Bihar